Get to Know Who We Are & What Our Mission Is

We provide students the opportunity of academic achievement and exposure to diverse areas through hands-on, innovative programs with the hope of ultimately inspiring them to reach their maximum potential and become significant contributors to society.

The REECH Foundation was founded by Don & Lakeisha Carey to impact inner-city youth by expanding their horizons to new opportunities they may not have known existed. The Careys believe that the STEAM sector gives the next generation the best chance of attaining success. 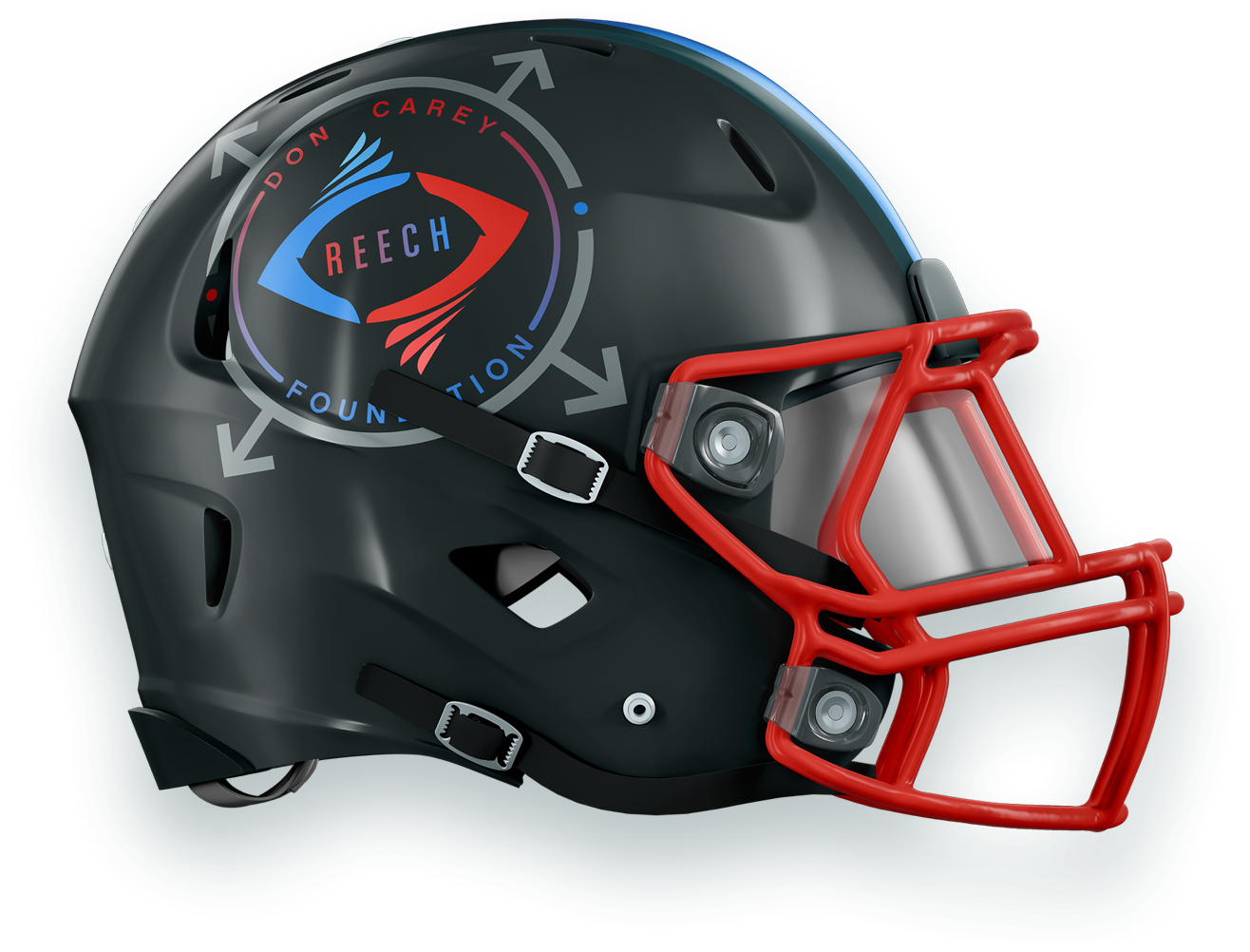 Don Carey believes true success isn’t defined by the number of goals we reach but the number of people we reach. A celebrated NFL player, author, speaker, CEO, philanthropist and activist, Don is on a mission to use his influence to help others find success.

Don has been a valuable player in the NFL for the past nine years, making an impact on and off the field. In 2016, he was nominated as Detroit Lions Walter Payton Man of the Year for his commitment to community service. The Detroit Lions Alumni Foundation awarded him again for his continued dedication to serving his community in 2017. In 2018 he was awarded Norfolk State University’s “Graduate of the last decade.”

Don spends much of his offseason time traveling to speak at various organizations, colleges and grade schools, where he teaches, challenges and inspires our next generation of leaders. His first book, It’s Not Because I’m Better Than You, in which Don shares his personal story and the principals he used to find success, was released in 2017 to rave reviews.

Currently studying to receive his Masters in Theological Studies with a focus in the Old Testament at Moody Theological Seminary, Don received his Bachelors Degree in Building Construction Technology from Norfolk State University shortly before he was drafted into the NFL. He founded Ascension Realty, a real estate company based out of Chesapeake, Virginia, in 2012, and he remains the Managing Partner.

Lakeisha is a proud member of Delta Sigma Theta Sorority, Incorporated, is heavily involved in different community service projects and organizations, and travels the country speaking to various organizations and groups; urging them to keep their dreams alive and utilize vision boards to help them through the process.

Lakeisha currently sits on the boards of Communities in School Hampton Roads and Vision Academy.

Lakeisha married the love of her life Don Carey and have two beautiful children together.

Dee Polite native of Chicago Ill. resident of Virginia Beach. Professionally Mrs. Polite serves as a Medical Liaison for DOD's Military Sealift Command. Formerly she dedicated 10 years of employment to Bank of America as a Unit Manager and Officer of the Bank. Mrs. Polite attributes over 25 years of singing to her unique sound, and has covered and paid homage to musical greats such as Chaka Kahn, Etta James and Billie Holiday to name a few. Dee has possessed a deep love for singing since the tender age of 5 years old. It invigorates her to touch people with her gift of song as the CEO of Phenomenal Sounds Band.

Aside from musical talent, Dee is a proven philanthropist. Her passion to serve and encourage others to serve is demoststed by way of her service and accomplishments. (2010) President of Bank of America's
Toastmaster International Speaking Network's Voices of Empowerment, (2012) Director of Social and Cultural Affairs with The Urban League of Hampton Roads Young Professionals, (2012) CEO of Phenomenal Sounds Band (2012-Current), Member of Zonta International advocating against sexual and domestic violence, (2015) Member of Norfolk Councilman Paul Riddick's Joseph N. Green Lecture Series Committe, (2016)President of The Edward Myles Foundation (bringing awareness to Prostate Cancer, Lastly the CEO/Host of Talk is Cheap Radio Show on WKQA FREEDOM 1110 AM.

Dee Polite's motto is "If I can help somebody as they are traveling the road, then MY living shall not be in vain."

Terreon Conyers is sales manager and entrepreneur born and raised in Norfolk, Virginia

Terreon attended Booker T Washington High school and The College of William and Mary. Post college, Terreon has spent his career teaching and developing people for various corporations. His love for people and investing in their success has been the driving purpose behind the work that he does every day.

Alexis “Jay” Martin has been known for some of the best hosting and event planning. Currently, she serves as the Norfolk State University’s Event Planning Coordinator. Her role is dedicated to facilitating the university’s signature events that include commencement, galas, receptions and award ceremonies.

She has authored for notable websites that range from Hot 97 to NSU.edu. Her dedication to serving others lead her to be known as a excellence source for logistic solutions. Alexis has a passion for creating memorable experiences for her clients and their supporters.

A zealous member of Delta Sigma Theta Sorority Incorporated, Alexis is committed to public service for men, women and children. As a spartan alum and former host on Hot 91.1, she has handled logistics for celebrities like DL Hughley, Jacque Reid and more.

In her free time, she enjoys spending time her son, Sam Braden V.

Karen sits in the Board as Chaplain of the Professional Football Players Mother’s Association known as PFPMA (pronounced Piff’Ma), she is one of the Assistant Pastors of Cornerstone City of Refuge Min. Intl, and the Co-Chair of the Levitical Review Advisory Council. Karen is an Executive Life Coach (Paradigm 360) and a Motivational Speaker.
Karen spends her quality time with her husband William of 15 years, her children and grandchildren.

If you ask her to describe herself in a brief sentence, she would reply, “I’m a Wife, a Mother and Ya-Ya.  Known as a social butterfly that sings like a humming bird. I love my family and I live, laugh and love hard!”

Ray Henderson, CLU®, ChFC®, CASL®, RICP® has been in the financial services industry for over 18 years. He is the founder and leader of Henderson Financial Group, and is dedicated to growing personal client relationships as a Wealth Management & Financial Advisor. Ray attended the University of Virginia, in Charlottesville, Virginia and graduated with Bachelors of Arts in Economics in 2001, and a Masters of Education, in 2002. UVA is also where Ray met his wife Crystal, and where the Henderson Family began!

Ray Henderson has been a qualifying member of The Million Dollar Round Table (MDRT), from 2012-2018. The Million Dollar Round Table, The Premier Association of Financial Professionals, is an international, independent association of more than 31,500 members, or less than 1 percent, of the world's  financial services professionals from more than 450 companies in 79 nations and territories. MDRT members demonstrate exceptional professional knowledge, strict ethical conduct and outstanding client service. MDRT membership is recognized internationally as the standard of sales excellence in the financial services business.

The Hendersons are a homeschooling family, and are passionate about raising up godly children for the Lord. Ray & Crystal have four sons: Isaac, Jaden, Christopher and Benjamin.

Discover the DNA that REECH is built upon and get to know out core foundation team.